A robot is a machine especially programmable by a computer, capable of carrying out a complex series of actions automatically. Robots can be guided by an external device or the control device or the control may be embedded within. Robots may be constructed on the lines of human form, but most robots are machines designed to perform a task with no regard to their aesthetics.

The branch of technology that deals with the design, construction, operation and application of robots, as well as computer systems for their control, sensory feedback, and information processing is robotics. These technologies deal with automated machines that can take the place of humans in dangerous environments of manufacturing processes, or resemble humans in appearance, behavior, or cognition.

At FlatPyramid, we have developed a 3D model of a robot collection. It is a very high definition model which can be used for commercial, non-commercial and editorial purposes. It is available in different formats to be used for different purposes. We hope that you like it.

Thank you for showing interest in the 3D model of a robot collection. 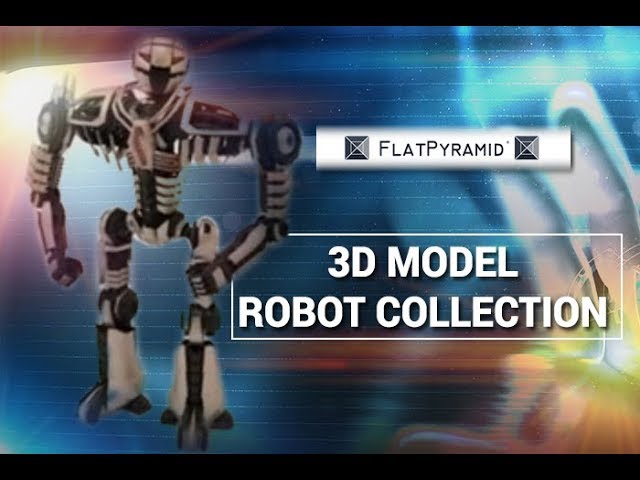