If you’re familiar with the character of the robot in the comic series of Invincible then you can relate with this model easily. Basically, robots are the electromechanical machines which are programmed by computers. Robots can be controlled by an external device and with embedded controls. The basic motive of designing the robots is to perform some particular tasks.

The branch of science which deals with the design, operation, and construction of robots is known as Robotics. It focuses on making such self-automated, semi-automated and controlled electro-mechanical machines which are workable in extreme conditions, where human beings are not able to work. Like in an iron casting and molding industries there are various robots which work in melting temperatures more than 1000 to 1500 degree Celsius. A human body is not made to work in such conditions. That/’s why the importance of robots will be always at the top level in the Industrial sector.

For your visual’s audience, we’ve made a 3D model of comic robot, which will be a perfect piece for your animation movie. Moreover, you can also use it in any 3D game, Movie, and other visualization processes.

Mēs FlatPyramid have developed a strikingly beautiful 3-D model of Comic robot. It is available in different formats for commercial, non-commercial and editorial purposes. The design can be used in any project. It is one of the most detailed models of a 3D Comic robot that you will come across on the web. In case of any query, please feel free to contact me. We will assist you with all your concerns and questions. 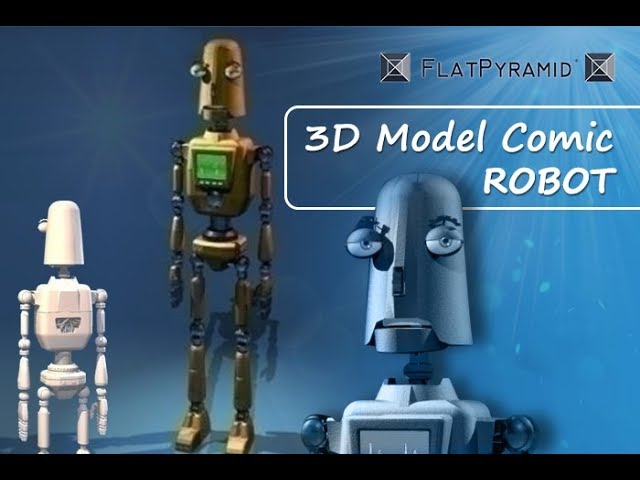